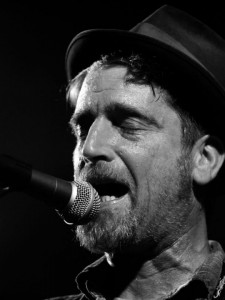 Jeremy Wallace’s music has been described as a little folk, a tinge of rock, some country and loaded with gritty blues.  One of Jeremy Wallace’s earliest inspirations, the late Dave Van Ronk, served as a mentor and friend during Wallace’s formative years as an artist and introduced him to the music of Leadbelly, Kokomo Arnold, Furry Lewis, and Charlie Patton. After 18 months of work with Van Ronk, he told Wallace he had showed him everything he could. “You got it in you to be a musician, but it doesn’t mean anything. If there’s anything else you can do besides this, do it. The business will break your heart.”

Not much has changed since Wallace completed his last studio album. Performing both solo and with his trio, he has followed a relentless schedule of live performances and has just released his third release, “SUICIDE SUITCASE”, a mix of original arrangements of traditional songs as well as new material. The collection is a reflection of Wallace’s station in life: he has fallen in and out of love again, busted a few knuckles and bruised a couple of shins. Even though his loyal following will notice a certain wistfulness in the lyrics, they will also recognize a new confidence in Wallace’s voice and guitar. His humor has gotten a little darker and the sound a little looser. Consciously unpolished, “SUICIDE SUITCASE” promises to captivate old and new fans alike.