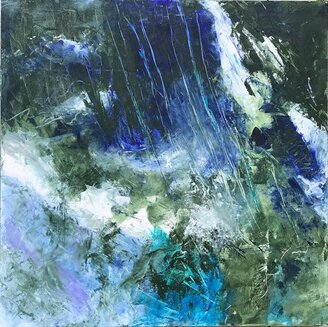 Artists Statement:  "I am a New Englander, but I have lived in different parts of the United States where I put down temporary roots and studied my craft.  During that time I have had the good fortune to study and work with many fine artists and instructors.  In 1995 I began studying at the Cape Cod School of Art.  I discovered color and the painting knife which had an enormous influence on my work.  The way sun and shadows interplay with each other is magic.  Equally, on  a rainy or cloudy day there is a dense saturated beauty that is compelling.  As an artist it is my responsibility to pursue these transitions on canvas.  I have been accepted and received awards in juried exhibitions and have had solo and two person shows."